Lamin attended Gunjur Primary School from primary one to primary six where he sat his  common entrance examination .

Lamin’s  education went well up until high school but due to his father being sick he was unable to continue this education due to financial reasons.

While Lamin was working at the insurance company he was also working with his colleagues at a community level on a  voluntary basis studying environmental protection and development at an organisation called The Gunjur Environmental Protection and Development Group [GEPADG].

He then went on to work full time as a senior community warden where and received training on environmental and natural issues such as protected area management and cetacean conservation. He achieved his environmental and ecological experience there and went on to attain a diploma in Rural Community Development at the West African rural community development centre.

Lamin has one wife called Suwadou Badjie who was also born in Gunjur.

They have six daughters together who attend English and Arabic schools in Gunjur village. 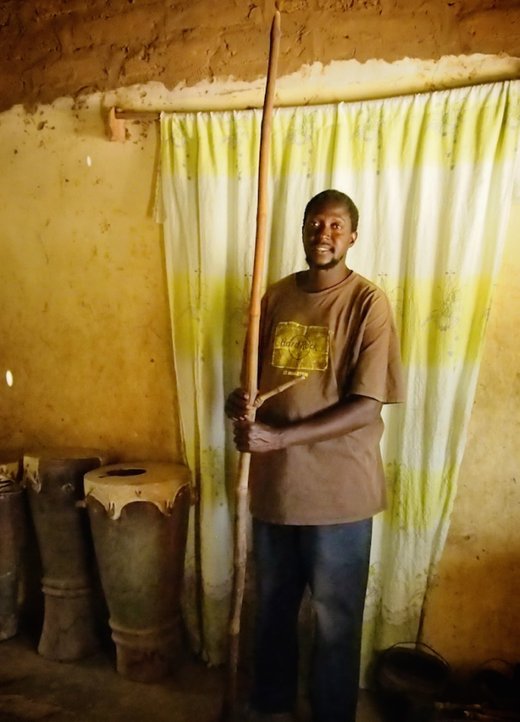 The kingdom of Gunjur was headed by Foday Kabba Touray in the 18 century. After Foday’s death he was succeeded by Ebrima Kombo Sillah Touray who graduated from The Arabic Dara School in Casamance Southern Senegal. The mission of the kingdom was to fight, conquer and establish Islam, also to expand the kingdom and collect alms from them,

The king had fought to dislocate so many communities in The Gambia in order to expand his Kingdom. The dislocated communities  reported the case to the British after their arrival in the Gambia that the King of Gunjur had fought them and dislocated them from their indigenous villages and now they want to go back to resettle and join with their families who were under the forceful control of The King.

The British told them that because he was a king they would call a meeting and ask him to leave voluntarily from the captured settlements.

The King was asked to leave voluntarilyd but his generals persuaded him to stand fast and fight the British .

The British told the king if you don’t leave voluntarily then  we will force you to leave. The generals told their King that they were behind him at any cost so the King agreed with his generals decision to be ready for anything not knowing  that The British were having sophisticated weapons.

Since the village is located on the coast, the British came by sea and bombed the village. Because the village houses were made of thatch roofing, the whole village was burned to ashes. The King and the villagers ran to Casamance and were picked up by French colonialists who took him to Senegal to a village called Nghaimehe where he died and was never te return to Gunjur. That was the cause of The lost Kingdom of Gunjur Dabanani.

Since there has been no proper documentation of the village history, only narration from one generation to the next.

Smallest country on the continent of Africa

The Gambia gained its independence  in 1965.

Geographically it is  surrounded by Senegal.